This suite of CAD importers, in the Granite/Pack module, is one of Okino's all time most popular solutions for our CAD customers - it is purchased along with almost every new Okino software license. In particular it is used for the handling of native and encrypted ProE/Creo files - there is technically no better solution to import such files. It also provides one of the world's most refined, fastest and reliable set of STEP and IGES CAD file importers, handling monstrous files that will just break any other CAD importer - they have been developed over a period of 3 decades and are used by a majority of Okino customers every hour. 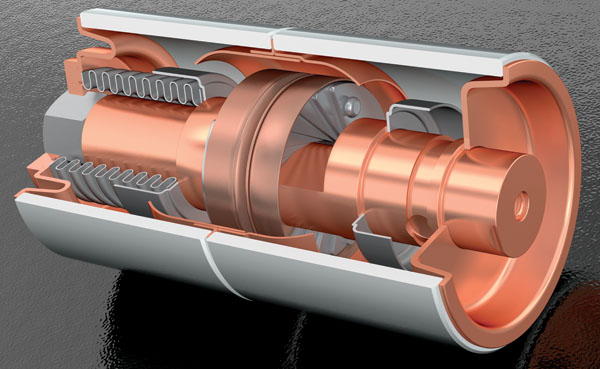 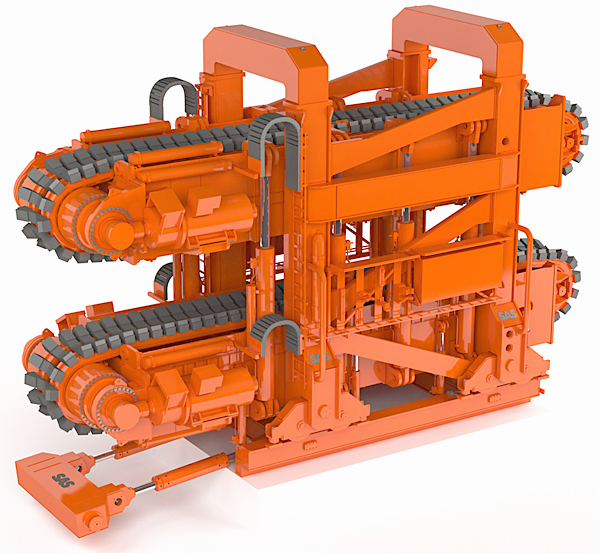 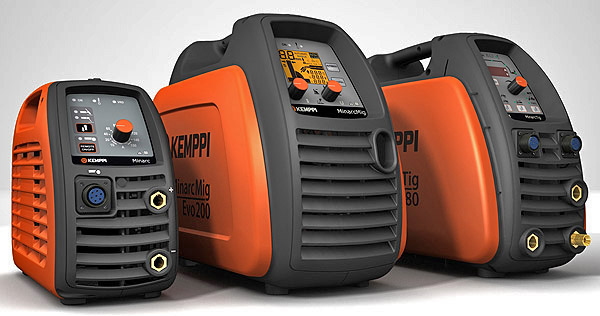 For our common daily users, this module forms the MCAD back-bone to import from the most complex and massive STEP AP214 and AP203 files. Also, all variations of the 1980's "Bounded Surfaces", 1990's "Surfaced NURBS" and 2000's "BREP Manifold Solids" versions of IGES are robustly supported. While not recommended for CAD conversions, this module also supports the import of PARASOLID .x_t and ACIS .sat files. It is highly recommended that you follow our short list of 'conversion rules' when sourcing your CAD files.

For ProE/Creo data users, this Okino CAD module inserts a real, live and embedded copy of the core ProE/Creo software inside of Okino software, allowing for the perfect import and translation of encrypted ProE/Creo files, up to the most recent version. No intermediate or reverse engineered file formats are used to convert the ProE/Creo data (as is most often used in other CAD programs).

It is licensed and sold as the optional low cost "Granite/Pack" add-on license. These formats play a pivotal role in bridging the CAD and industrial design markets with the non-CAD worlds of 3D DCC/Animation packages, authoring and VR/AR packages, VisSim packages, WEB publishing and polygonal modelers via the tried-and-tested Okino data translation pipelines offered in the PolyTrans & NuGraf packages. 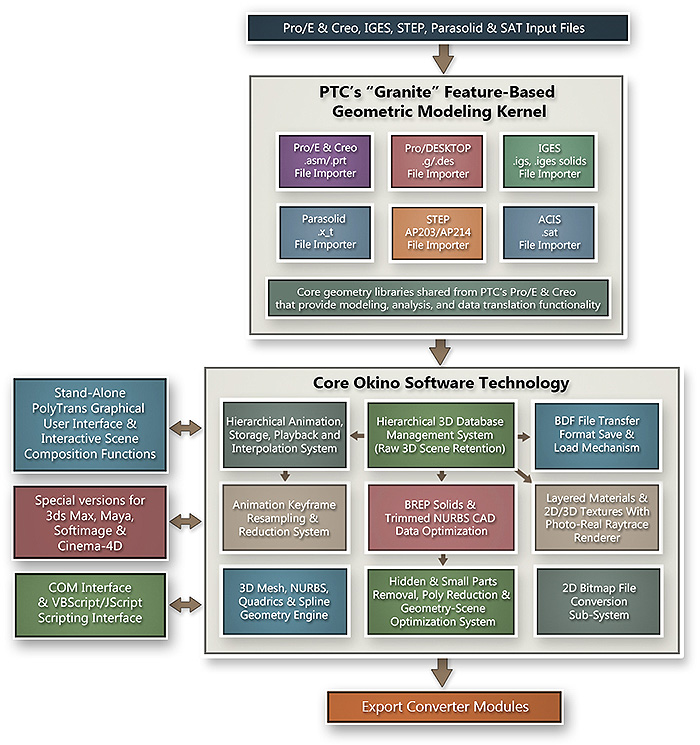 The importers also offer another means to transfer ProE/Creo data into Okino's NuGraf software which Okino has optimized for ProE/Creo users since the mid 1990's. When combined with Okino's CAD data optimization routines (for hierarchy & part count simplification), very complex assemblies can be imported, optimized, simplified, then re-exported to packages such as Unity & Unreal, 3ds Max (via native plug-ins in 3ds Max), CINEMA-4D, Maya (via native plug-ins in Maya/PC), LightWave, Blender OpenFlight/Creator, DWF-3D, NGRAIN, SketchUp, U3D (Acrobat-3D, 3D PDF) and many others.

The following table of Granite/Pack supported file formats has been sorted by the general popularity of each file format to our typical customers:

** It is highly recommended that you download the demo version of PolyTrans/NuGraf and test these importers on your dataset(s) before purchasing the Granite/Pack module.